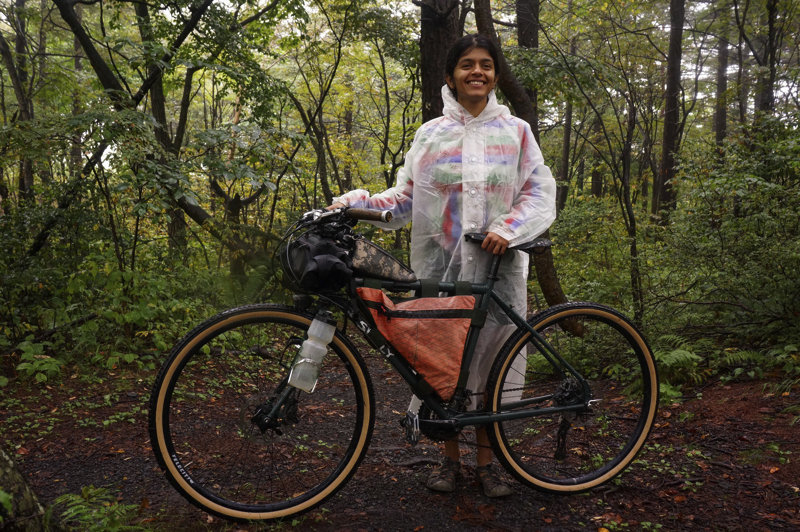 Support Lavanya Pant on the Baja Divide this spring by donating to the community-supported travel stipend on Generosity.com.

We are excited to announce that the first annual “Lael’s Globe of Adventure” Women’s Scholarship for the Baja Divide is awarded to Lavanya Pant.  Born in India, raised in Australia, and currently living and working in Tokyo as an English teacher, Lavanya is a wide-eyed citizen of the world who has recently discovered and engaged a growing passion for bicycle travel.  But her life wasn’t always focused on pedaling a bike in distant lands as she has only recently regained a passion for riding.

Lavanya first discovered the freedom of the bicycle in her youth, in India.  She recalls, “I taught myself to ride on my neighbor’s bicycle in New Delhi when I was 10. In exchange, I’d ‘let her play’ with my well-liked and not manipulative sister”.

Lavanya relied on a bicycle for basic transportation through some of her school years in Australia.  In 2012, her partner Alistair lent her a 3-speed Raleigh 20 and she enjoyed her first overnight ride.  Her interest grew from there.  She speaks candidly about the process:

The following year, we built a Surly Disc Trucker. I was suddenly so much faster and capable of riding dirt! But still unable to keep up with Al and his friends.

Frustrated but inspired, I started a girls riding group called The Winona Riders. I was surprised at how many women were interested in riding and traveling by bike.  Al and I held a bicycle mechanics workshop and ten Winonas did our first dirt overnighter in January 2014 – 45kms into the Warburton ranges. We squeezed ten people into four small tents by the river, ate kangaroo burgers, giggled hysterically. Our title offset any danger of getting down or taking things seriously.

In the 2014-15 holiday period, me and 8 friends (including two Winonas), slow rolled through dirt roads and fire trails cutting through the middle of Tasmania. It was hard, hilly, remote and so much fun! We had a 3-day stretch with no resupply. One memorable day was when the Winona Riders beat all the boys to the top of the biggest climb of the route, owing to good navigation and stocking up on lots of Tasmanian cheese.

In July 2015, Al and I quit our jobs and bought a one-way ticket to Denmark. We rode dirt and pavement from Copenhagen to Athens. I got a real taste for riding dirt in France, Montenegro and Albania and want to progress to riding desert roads and more technical trails.

Now, I live and work in Tokyo and commute as much as possible and ride into the mountains on weekends. I did my first solo overnighter into the Okutama mountains from Tokyo in July. At the local izakaya, the other patrons bought me a round of beer and pickled plums (for ‘fatigue recovery’) when they heard I rode out there alone.

To our knowledge, the “Lael’s Globe of Adventure” Women’s Scholarship for the Baja Divide is the first women’s bike travel scholarship ever to be offered.  It was conceived this summer while writing and publishing the Baja Divide website.  During long days editing tracks and writing guide material, Lael and I maintained a running conversation in which we wondered why more women weren’t riding bikes.  Why, even though we are told that the sale of women’s product is the fastest growing segment of the industry, are bike shops, bike races, bike mechanics, and bikepackers still overwhelmingly male?  We did not find a single clear answer, but we considered a small yet substantive solution.  That day, we wrote to Tim Krueger at Advocate Cycles and Eric Parsons at Revelate Designs with our scholarship proposal.  They both responded immediately with their support.  This scholarship was offered to “a woman of any age who possesses an interest in international travel and global cultures…and is willing to share her ride on the Baja Divide through writing, photography, visual art or music”.  We received exactly two hundred applications from all over the globe.  Major support for this scholarship comes from Advocate Cycles and Revelate Designs, who are providing a complete 27.5+ bike and luggage kit.

When asked how the scholarship will benefit her, Lavanya replies:

For the last 6 months I have been working in Tokyo and saving to buy a hard tail with plus size tires and bikepacking gear so I can travel through the Mongolian desert next year and hopefully meet Kazakh eagle hunters! The latter I have fantasized about since I was 16.  I have unwavering loyalty towards my Disc-Trucker but since I want to roll over sand and riverbeds this is a necessary step in my riding evolution.

I pay student loans in Australia and am enrolled in a mandatory Japanese pension scheme so currently I can’t make it to Baja.

Another important reason to me is the thrill of feeling supported and rewarded for adventure. Earlier this year I was in India, where some people did not approve of my bike travels. It was seen as irresponsible and rebellious. These attitudes are not surprising but hurtful and discouraging nonetheless. My younger female cousins were most supportive and I feel grateful for them….

A scholarship that supports women in doing what they love and giving them a platform to share those experiences will have a domino effect in inspiring courage and creativity in more women.

Lavanya also speaks a number of different languages, and seems open to learning.  She shares with us:

I have native proficiency in Hindi, Urdu and English. Recently, I started learning the Urdu script for a gateway to Arabic and Farsi.

In the last 7 months in Japan I have gained intermediate proficiency in speaking Japanese and can orient myself in many situations. I can read the phonic scripts and love deciphering the forever evasive Kanji, which are hieroglyphics that I don’t think I will ever master.

In Montenegro last year, 15yo Selma from Berane taught me some of her favourite songs in Serbski. These songs are great lightweight souvenirs and ever since I have collected them in Hindi, Marwari and Japanese.

I took 2 years of Spanish at university, but consider myself a beginner.

Lavanya plans to ride the Baja Divide route beginning in early February on an extra-small Advocate Cycles Seldom Seen.  She will also be provided with a lightweight luggage kit from Revelate Designs including a Ranger framebag, Pika seatbag, Sweetroll and Pocket handlebar system, Gas Tank, and a Feed Bag.  Additional support is provided by: Big Agnes, who will provide a lightweight tent, sleeping bag, and sleeping bag; Specialized Bicycle Components who will provide an Ambush helmet and Bennie’s platform pedals; and the Adventure Cycling Association, who has offered a one-year membership to the organization and a copy of the new hardcover book “The Story of the TransAmerica Bicycle Trail”.

Please participate in this community-supported travel scholarship by donating to Lavanya Pant on Generosity.com.

All images provided by Lavanya Pant.  Follow Lavanya on Intragram at @lavlavish to follow her ride on the Baja Divide this spring. 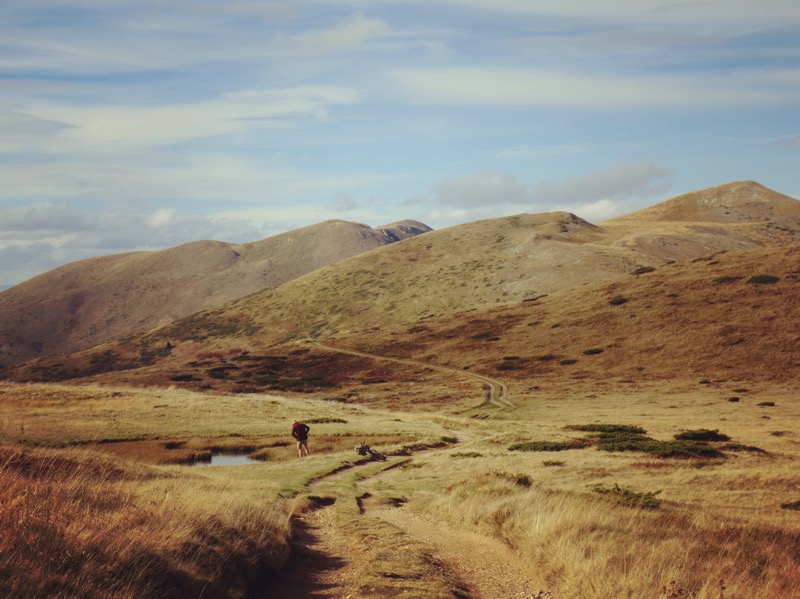